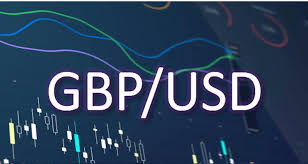 We have seen GBP/USD moving lower following the recent rise. What is next?

This is what I call a currency pair that goes against the trend, and they can also go higher. While I have been bullish on GBP/USD in the past I see two scenarios:

First, if the price of the currency goes lower (a bearish scenario) we will get this signal: a drawdown followed by consolidation to a more comfortable price. As I mentioned before, it is a bearish sign for this particular currency pair and will go down.

Second, if the price of the currency goes up (a bullish scenario) we will get this signal: another sharp upward move with sustained stability, which could result in a top or break out from the current resistance levels. As I mentioned before, it is a bullish sign for this particular currency pair and will go up.

As you can see, these moves can be short term (whether positive or negative), and they can take place simultaneously. This is a very bullish signal for the currency pair and I would like to reemphasize that there are times when the moves can take place at the same time.

As a result, it makes sense to trade the currency pair in the opposite direction. Therefore, if you see a signal of a break out, buy the currency at the bottom.

However, if you see a signal of a consolidation, sell the currency at the top. Why?

Recently, Peter Micklebach wrote an excellent article titled “Why to Buy Sterling in a Bear Market” which brought some clarity to this particular trading topic. It is well worth your time to read his article if you are bullish on the GBP/USD.

As Peter pointed out, the European Bank of Interest Rate Increases is happening at the same time that the USD/GBP crosses the 70-year high. I cannot think of another economic indicator where two points form such a close proximity.

This type of pattern has occurred a number of times before during and after financial crises, the biggest of which was during the Asian Crisis. With two points approaching a critical point, it is really hard to tell where one point is going to end.